The happy news of the engagement of Jennifer Lopez and Alex Rodriguez not only made netizens happy. Even Barack Obama gave his greeting card for them . The former President of the United States even wrote his greeting cards personally.

Alex Rodriguez uploaded this card from Obama to his Instagram account. For this former athlete, one of Obama’s sayings is very valuable. Not only congratulations, Obama also gave marriage advice.

“Michelle and I want to congratulate you on your engagement. After 26 years together, we can say that whatever challenges will come in your life, sharing with someone you love makes everything better,” Obama wrote for Alex and JLo. 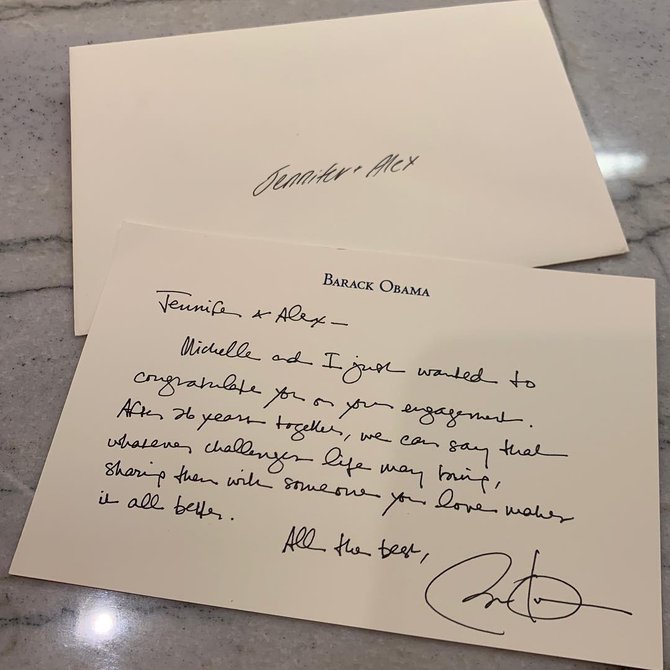 Obama married Michelle who was then a senior at their workplace law firm. Dating since 1989, the two decided to get married in 1992 and support one another’s careers.

JLo and the new ARod got engaged on March 10, 2019. Alex gave a surprise in the form of a proposal ring when both of them vacationed at an exotic resort. Both have been close since 2017 and now both of their children have become close together.

“Children are very open to love each other. I love children (ARod), and he also loves my child. They also welcome each other while saying, ‘I get your bonus to play together and this is fun’,” continued JLo.